Lightstruck (3-methyl-2-butene-1-thiol)
Lightstruck Beer: The Most Common Off-Flavor That Ruins Your Beer
Perceived As:
Skunky, sunstruck, sulfury. Can be much the same perception as mercaptan but usually does not get to the same offensiveness.
Approx. Flavor Threshold:
4ng/l
Importance:
This only occurs in finished beer and is always an off flavor. For consumer’s it has become part of the flavor profile of several well-known imported beers because of the beers’ continued poor handling, shipping, and storage.
Effect of Aging:
Generally will increase slowly with aging. It will happen with increased speed if beer is not stored in darkness.
Caused By:
Lightstruck is caused by a chemical reaction between daylight or artificial light, riboflavin in the beer, and hop alpha acids. Some commercial breweries use chemically modified hop alpha acids which do not react with riboflavin, allowing them to continue to use their signature green or clear bottles.
How To Avoid/Control:
Buy commercial beer in cans or brown bottles. If you buy clear or green bottled beer, be very careful about storing them in darkness.
When drinking a beer keep your bottle or glass out of direct sunlight especially if it’s heavy on the hops. It takes a very short time to start the reaction and once started there’s no way to stop it.
Keep homebrew away from light, whether fermenting or packaged.
Package your homebrew in kegs or brown bottles. These bottles only let in 5-30% of light through, while green glass allows 50-80%, and clear glass allows a whopping 90% through.
Use fewer hops.
How To Practice:
You can easily practice spotting lightstruck by simply grabbing a couple bottles of the same beer, pour them both into a glass, put one in direct sunlight, and the other keep in relative darkness. After a few minutes see if you can tell the difference. If not let it go a little longer in the sun and try again. You can also do the same thing by placing a bottle of beer in the sun for a day or two.
Commercial Example: Corona and Heineken are two commercial beers that have the lightstruck signature, which many consumers assume is part of their profile 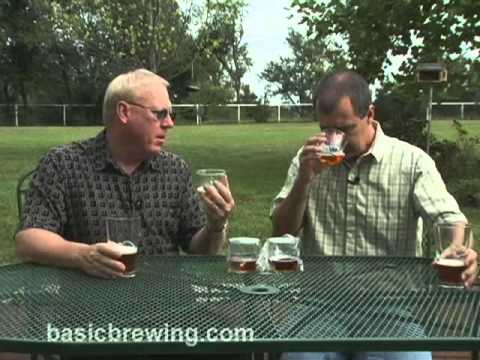 Adam hislerimi anlatmış: “This is disgusting”